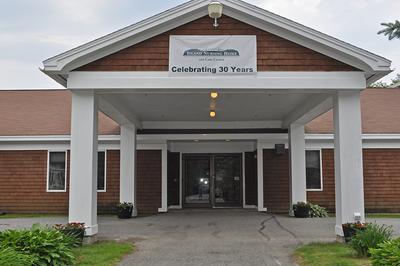 A former employee of the Island Nursing Home on Deer Isle won a civil suit based on whistle blower laws. The Deer Isle nursing home celebrated its 30th anniversary in 2013.

In less than one hour, a jury found for Donna Lee Williams of Deer Isle in a civil case she had brought against her former employer, Island Nursing Home. The case regarded the safe keeping of confidential employee documents.

Williams, who was employed as a housekeeper, contends she was fired after complaining to nursing home administration that it did not take adequate measures to ensure the safety of her personal information, asking her to repeatedly fill out the same documents over and over again.

The attorney for INH, Robyn March of Lambert Coffin, said she believes Williams “misunderstood what was being asked of her.” She said she was not asked to fill out the same documents many times over, but different documents relating to her employment.

The two-day trial took place on October 15 and 16 in the Business and Consumer Court in Augusta, with a 7-2 decision coming after 52 minutes of jury deliberations. “The fact that it took less than an hour to decide shows what a slam-dunk the case was in terms of liability,” said Williams’ attorney A.J. Greif of Gilbert & Greif of Bangor when reached by telephone on Tuesday, October 21.

The Island Nursing Home disagrees with the findings, explained administrator Marc Plourde. “The Island Nursing Home prides itself on maintaining exemplary employment practices, most particularly, the manner in which we maintain both the confidentiality and integrity of personnel files. While we respect the efforts of the jury, we strongly disagree with its conclusion.”

According to the complaint filed by Williams, she had worked at INH in 2005, but then was rehired on April 11, 2011. On April 11, she was asked by the nursing home’s Human Resources Director, Lori Morey, to fill out a job application. Two days later, said Williams, “Lori told me she had lost my April 11, 2011, application and asked me to fill out another job application, which once again required both my driver’s license and my social security number. This time she also took a photocopy of my license.”

Williams said she was then asked to fill out a third job application on April 29, which she refused to do. “I complained that this practice was going to subject me to identity theft. I thought asking me to continually divulge this information without making any attempts to preserve its confidentiality was illegal,” said Williams in the complaint.

Williams said she called the administrator, Marc Plourde, on May 2, 2011, to explain what had happened, but found him to be “not supportive.” Williams said that at the end of the conversation, “I asked [Plourde] if I still had my job and he said: ‘No, Donna, you do not.’”

Plourde and March contend that INH did not lose any documents pertaining to Williams. “At no time was a single employment record lost or misplaced by the Island Nursing Home,” wrote Plourde in an email exchange with Island Ad-Vantages. March supported this sentiment in a separate phone call on October 21.

March said INH has yet to decide if it wishes to appeal the ruling.

A hearing expected to occur within the next few months will be held to determine compensation. “Williams is seeking both back pay and reinstatement,” said Greif, as well as payment of attorney fees estimated at $40,000. The court “awarded no damages for the emotional strain of firing.”

For Plourde, “the fact that the jury unanimously decided to award the claimant zero dollars in compensatory damages reflects, we believe, its view of the claim.”