The Island & The Peninsula
Originally published in Island Ad-Vantages, April 21, 2016 and The Weekly Packet, April 21, 2016
STEM gets big push in middle school learning
Prepping students for jobs that ‘don’t exist yet’ 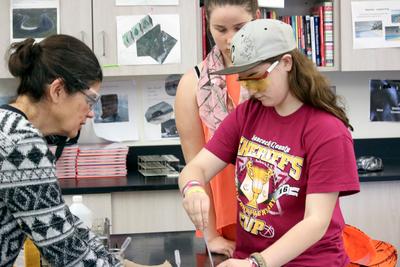 Technology instructor Laura Johns surveys the four boys and one girl lined up at laptops at the front of the classroom. She is using the popular online game Minecraft to teach Surry middle school students the basics of coding, the language used by software developers that powers the technology behind 21st century life.

“They’re going into a new world today,” she said. That world is ruled by turtles, and students learn to write and edit the simple commands that make the turtles move. Eyes glued to screens, the students chatter as they work, fingers click-click-clicking across keyboards.

“I was really amazed at their ability to read those programs and understand,” Johns said of her after-school students.

This is one way Peninsula and Island middle schools are preparing students for a job marketplace dominated by STEM—science, technology, engineering and math.

In 2010, the Maine Department of Education issued a strategic plan for STEM learning that began: “According to the Maine Department of Labor, in the next decade, one in seven new Maine jobs will be STEM-related and the wages associated with the jobs in these areas are 58 percent higher than wages for other Maine jobs.” Since then, schools have seen more support for STEM learning through grants and partnerships, affecting in-class and after school learning.

“A lot of money has poured into it,” Union 93 curriculum coordinator Dawn Robbins said. “So many of the jobs we’re preparing students for don’t exist yet.”

Organizations from the National Science Foundation and the University of Maine to NASA and private foundations have provided funds for local STEM learning.

“Nationally, there’s an understanding that the jobs of tomorrow are STEM related,” Deer Isle-Stonington teacher Mickie Flores said. “There is an incredible emphasis on not just teaching STEM but how to teach STEM.”

“If they only hear the science from me, it’s not authentic,” Flores said. “When they hear it from someone in charge of a lab in a university, it makes it much more real.”

Blue Hill Consolidated School technology teacher Matt Jurick explained the difference: “STEM and STEAM are two very different programs. In STEM, students come in and have to build a bridge using practical applications. In STEAM, the practicality is not emphasized. It’s ‘here’s a stack of cardboard, some duct tape and electrodes. Make something.’”

In Blue Hill, students work in the IDEA Center tech lab, using software to design objects they then cut out of wood and vinyl.

The IDEA Center spent about $40,000, mainly from grants, to build its lab two years ago, Jurick said. The lab has become a destination for teachers and administrators from across Maine and prompted Jackson Lab to partner one of its scientists with students to design and build two-chambered mouse boxes.

Eighth grader Grayson Eaton designed the box first on a computer, going through different prototypes before using the tech lab’s laser cutter to cut and shape the pieces.

“I hadn’t really thought about it before all of this was here,” Eaton said. “Then, it sparked my interest in designing and building.”

But with the push towards STEM learning, where does that leave the reading, writing and social studies?

Brooklin history-turned-math teacher Rebecca Tapley said that while more media attention has gone to STEM studies, she doesn’t feel it has “diminished the support for humanities in the school.”

At the same time, Tapley said that when the state dropped standard testing in social studies several years ago, it put the subject “on a different tier of importance.”

“I think we’re trying to shift our emphasis,” Johns said. “We know that we have new [science and math] standards…so everyone’s shifting their curriculum to get their students up to that level of rigor.”

Tapley concurs, in part. “Students these days have so many commitments on their plates that reading often takes a backseat. If anything, the pendulum may end up swinging back to getting more momentum behind reading, but time will tell.” 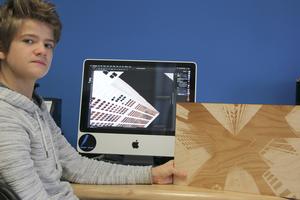 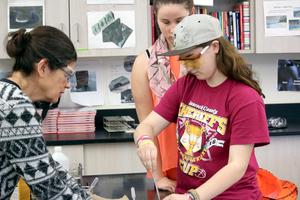 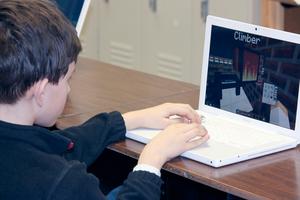 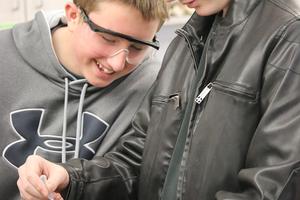 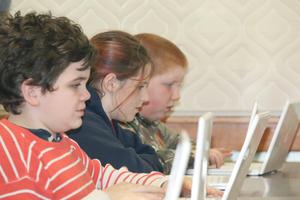 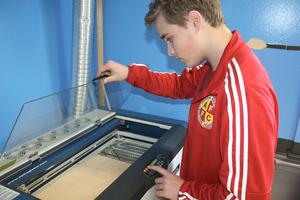