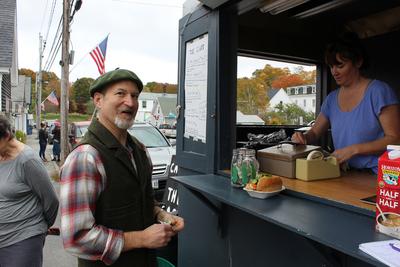 October 14, Columbus Day also known as Indigenous Peoples Day, marked the official end of the tourist season, and under shifting sun and clouds, cars with New York and New Jersey plates tooled down Main Street, and knots of tourists squinted into shop windows.

Ruth Worboys and Pat O’Connor, up from Texas for a wedding in Castine, drove down to the island for the afternoon.

“Two years ago we stayed at Boyce’s, and we loved it,” Worboys, an Orono native, said. “We just wanted to swing by.”

The couple’s favorite island pastime? “Eating lots of seafood and looking at the ocean!”

Town Manager Kathleen Billings said she “definitely felt like there were more people here walking up and down the streets.”

In all, about 470 visitors stopped in the Welcome Center on Little Deer Isle, Deer Isle-Stonington Chamber of Commerce Board President Dan Landrigan reported, keeping true to a downward trend in recent years.

However, the revamped chamber website has seen a 40 percent jump in traffic, for a few years running, “reflecting the changing patterns of travelers, in general,” Landrigan observed. “They’re researching online and expect more access to information before they even arrive.”

And how was the 2019 season? “In general, the sense I get [from local businesses] is that it was a slow start to the season because of the cold and wet spring, but that when it kicked in, business was strong,” Landrigan said.

“We had a really good summer,” he said, with his 11 rooms filled to 98.6 percent occupancy in July and August. In addition, the shoulder months were also strong. “September was the busiest September I’ve had,” Gray said. “October, to date, looks very strong as well.”

Dana Durst, owner of Inn On The Harbor, just across the street, agreed. “It was great,” she said of the summer season, a repeat of the 2018 season.

For local contractors and the real estate market, the 2019 season was also solid, Stonington Economic Development Director Henry Teverow said. “I believe the inns and restaurants had a good season, but for those guys, the employment problem, I think, hit pretty hard.”

One new lunch choice was a food truck, The Cart, operated by Ari Stewart of Brooklin and Sadie Poland of Little Deer Isle. The Cart started out in Stonington but moved to Deer Isle, where “business is great,” Stewart said. While she counts more locals than visitors among their customers, Stewart said business had been strong enough that The Cart will return next year.

New restaurants Acadia Provisions and Finn and Fern added to the dining choices for tourists and locals alike, although Teverow noted that “the proliferation of restaurants spread out the customers between them a bit—which was offset slightly by the increased volume in visitors.”

Everyone agreed that more restaurant choices was all to the good. Durst noted that, in years past, visitors were disappointed by a lack of choices, while Gray said the new restaurants, and the excitement around them, has helped the summer business.

“I think the press that the new restaurants have brought has been very beneficial to the tourist industry,” Gray said. “The island has been discovered.” 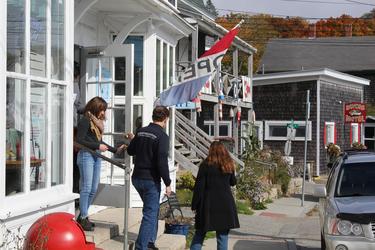 Recent visitors to Stonington stop in restaurants, shops and galleries. 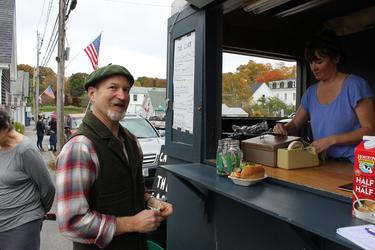 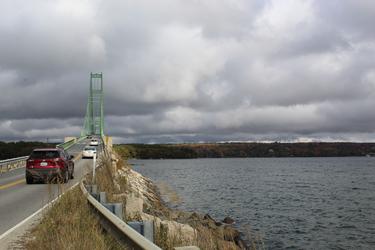 On October 14, the official end to the tourist season, cars drive off island. 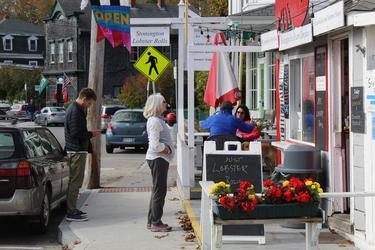