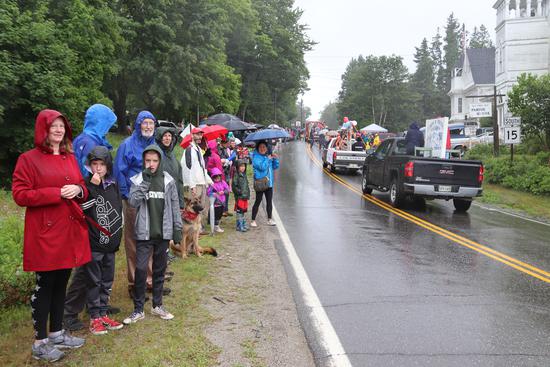 Not even a persistent drizzle dampened the patriotic spirit at Deer Isle’s 4th of July parade on Sunday. 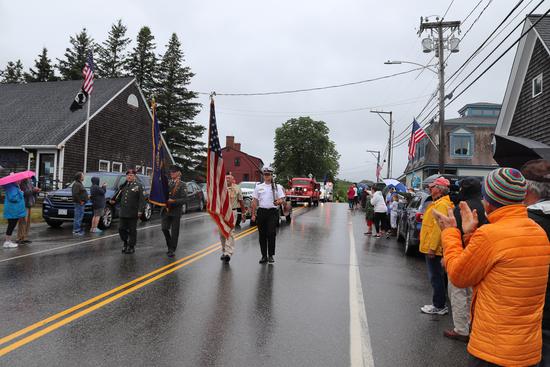 The vanguard of Deer Isle’s Fourth of July parade marches through town to the applause of an audience adorned in raincoats and wool hats. 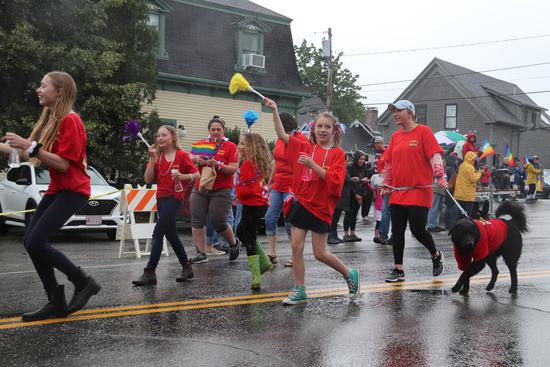 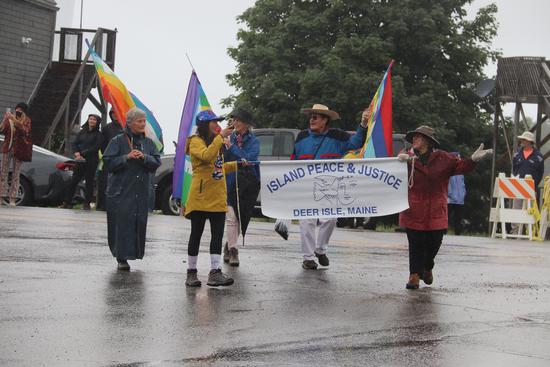