Cleaning up the shoreline 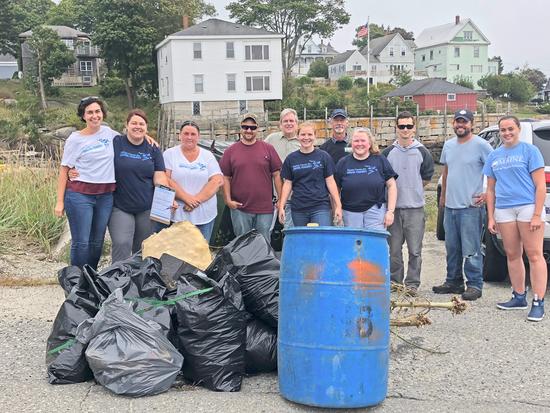 In one hour, a crew from Maine Center for Coastal Fisheries collected several bags of trash along the shoreline in Stonington on September 17. Their efforts were part of a larger statewide campaign called the Coastal Cleanup, during which groups from Maine’s coastal towns collect trash for one hour and report their findings to the Department of Marine Resources. The trash items found along Stonington’s shoreline included various plastics, cigarette butts, fishing ropes and lines, and other things. Each group had a checklist to tally and categorize the trash as they came across it.