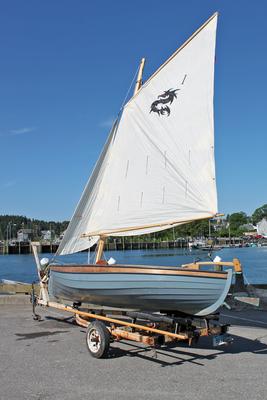 On Sunday, August 4, the Deer Isle-Stonington Historical Society presented the first Deer Isle Boat Show in the Stonington harbor. A variety of boats that were either built on the Island, representative of Island life, or will spend their life on the Island were on display at the town dock. This was not only a fundraiser for the historical society, but a way to display Island maritime heritage through an interactive experience, said organizers.

More than 15 watercraft were chosen to be part of the boat show based on criteria developed by Wes Norton and the historical society volunteers. The display included working lobster boats, sailboats, dinghies, and even a cruising ship made with children in mind. “We started work on this event this past winter,” said Wes Norton, Island Fellow. “Next year we hope to bring in bigger boats, like a sardine carrier, that are important to Island history, but not often seen.”

The oldest on display was a Friendship sailboat built in 1903, and hailing from Isle au Haut. Integrity, owned by Marshall Chapman, is one of many Friendships that were once on the island. Another boat, the Eastern Mark owned by Guy Gabrielson, is built based on the design of early motorized lobster boats.

An indoor exhibit at Penobscot East Resource Center featured model ships, as well as a model of the “green” lobster boat. Penobscot East commissioned Doug Read, a professor at Maine Maritime Academy, to build a 6-foot hull model of a 38-foot tri-hull boat that is said to offer 20 percent to 25 percent in fuel savings over the traditional lobster boat.

This year’s event brought about 300 people to Stonington Harbor. “Many of the boats brought back a lot of memories; from people who remembered seeing certain vessels being built to chatting about how certain family members worked from similar boats,” Norton said of the day’s events. This being the first year, there is hope for even more watercraft and exhibits in the years to come. 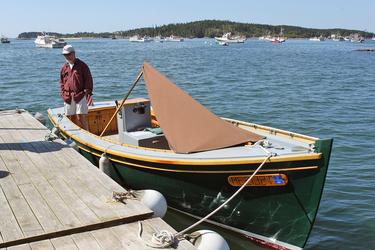 Guy Gabrielson aboard his boat Eastern Mark, a model of a early lobster boat built in 1986 by Dick Pulsifer. 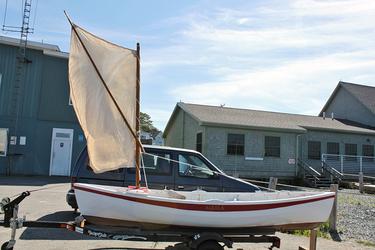 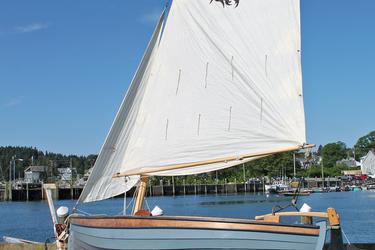 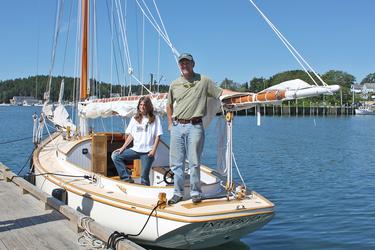 Marshall Chapman, the owner of the Keeper’s House on Isle au Haut, and his daughter aboard Integrity, a 1903 Friendship sloop. Integrity was one of 15 or more boats that participated in the first Deer Isle Boat Show sponsored by the Deer Isle-Stonington Historical Society.