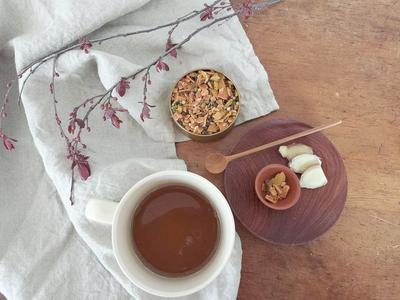 Tempest in a Teapot focuses on bringing out the aromas and flavors from loose tea leaves.

Photo courtesy of TEMPEST IN A TEAPOT

Sisters Tammy Smith and Becca Emerson have only owned Tempest in a Teapot for two and a half years, but the company has exploded during that time. Their success has landed them on the television production Greenlight Maine as a top-26 finalist.

The sisters describe their purchase of the company as “serendipitous,” having stumbled onto the idea of tea making through different ways in the same two-day timeframe.

“My daughter was in love with [Tempest in a Teapot] teas, and it got to a point where that was the only thing in my kitchen,” Emerson said. “I went to a meeting one Monday and saw one of the owners, and I said to her ‘I had a dream last night that I was one of the owners of Tempest in a Teapot.’ She looked at me and was like ‘well that’s interesting because it might be for sale.’”

The two had a conversation about what taking over the business would look like, which led Emerson to consider the venture.

Two hours away in Cushing, Smith was at a crossroads, in the middle of writing a novel after making the decision to stay in Maine when her banking position was moved out of state. She decided she wanted to write a tea scene into the novel, and prepared to research types of teas and the culture around tea. She had also been thinking about delving into tea brewing with her mother, though that idea was in its infancy at the time.

“Becca called me that Wednesday, having no idea what I had been thinking about, and was like ‘hey have you ever thought about making tea?’” said Smith. “My first reaction was ‘have you been talking to mom?’”

Smith and Emerson acquired the business at the beginning of 2015 and hit the ground running. In two and a half years, they have products in eight locations in the Downeast area, six locations in the Portland region, 11 locations in the Mid Coast region and a handful from Kennebunk to Massachusetts, including Whole Foods stores.

The speed at which the company has grown prompted the sisters to look for mentors specializing in Maine business. It was a more difficult process than either of them anticipated, but eventually the two found their contacts. This led them to pitch their business for a statewide competition known as Greenlight Maine.

Fifty applications were considered, and 26 finalists were chosen to film a business pitch to three judges in front the television cameras. The finalists will be selected when the program airs this fall.

The 26 semifinalists will go through mentoring from some of Maine’s top corporate, media and marketing executives, as well as promotion across several different platforms. The winner will receive a $100,000 prize.

The sisters already have plans for that prize money, including providing local jobs for Mainers and expanding their web presence.

“Millennials buy their teas online, they buy everything online, so we want to take advantage of that avenue,” said Smith.

According to Smith, tea is a $3 billion a year business in the United States, and is the second most consumed beverage after water.

“There is definitely a future in the tea business,” she said.

From taking over the business two and a half years ago to filming for Greenlight Maine, the sisters agree on the highlight of the endeavor.

“We live two hours away from each other, and before all this we talked quite often, but now we talk a whole lot more,” added Smith.

Season three of Greenlight Maine will air at 7:30 p.m. Saturday nights on WCSH6 and WLBZ2 beginning in September.

GALLERY — Tempest in a Teapot 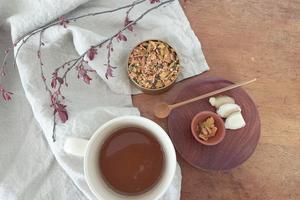 Tempest in a Teapot focuses on bringing out the aromas and flavors from loose tea leaves.

Photo courtesy of TEMPEST IN A TEAPOT 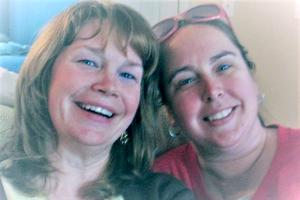