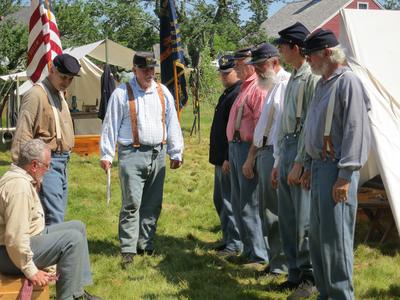 The members of Company B, 20th Maine Volunteer Infantry Regiment donned their woolen duds yet again to set up camp at the Deer Isle-Stonington Historical Society. The outfit of Union soldiers, under the leadership of 1st Lt. Paul Dudley, welcomed visitors into their encampment throughout the July 12-14 weekend. Theirs is a regiment made famous by invaluable contributions to the victory at Little Round Top in the Battle of Gettysburg.

In keeping with Civil War era military protocol, journalists were expected to sign authentic recreations of documents granting passage into the camp as a correspondent. Correspondents could be given the boot if caught without their official papers on hand. It was also required that female correspondents assume a typically male name, as women would almost never have been allowed into such encampments during the Civil War. Company B, 20th Maine Volunteer Infantry Regiment aims to educate by recreating the experience of a particular moment in history.

Dudley, a retired English and history teacher, has held his rank among Company B, 20th Maine for roughly a decade. He says that the Civil War is easily his favorite period in U.S. history.

“Some people like vanilla ice cream more than chocolate and they simply can’t tell you why,” said Dudley.

There are many lesser known stories from that time that Dudley thinks deserve attention, like the historical accounts of widowed women and orphaned children left to their own devices in the wake of the war. Or the fact that thousands of Canadians participated in the conflict, on both sides of the domestic divide.

Members of the Company stayed in character as they shared their knowledge of Civil War era firearms and artifacts with visitors in between swigs of switchel, a common Civil War period drink made of vinegar, sweetener, and water intended to replenish the infantry in bouts of hot weather. The switchel was paired with a picnic-style cookout on the edge of camp. While lunch was prepared, visitors were invited to try their hand at a recreational dice game popular among Civil War soldiers called Chuck-a-Luck. Players bet money on possible outcomes of each roll. The betting took place when the officers’ backs were turned, since gambling was prohibited in military camps.

The members of Company B, 20th Maine Volunteer Infantry Regiment will put on another event on July 21 and 22 at Fort Knox in Bucksport. The Historical Society museum exhibits and archives, which include extensive information reserves relating to the Civil War, are open between June 15 and September 15 on Wednesday, Thursday, and Friday from 1 to 4 p.m. 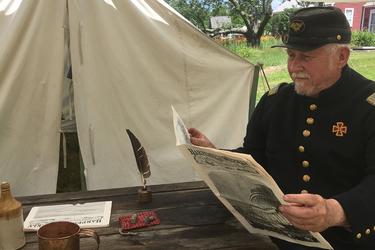 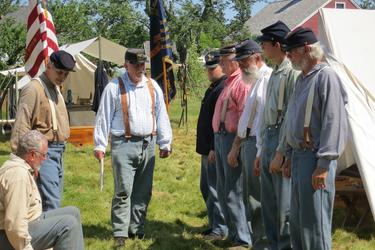 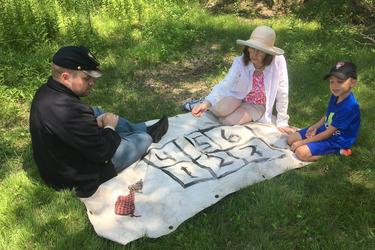 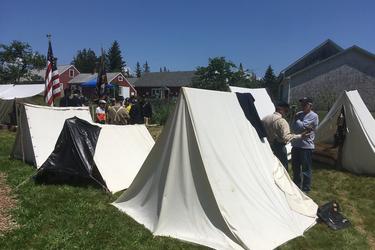