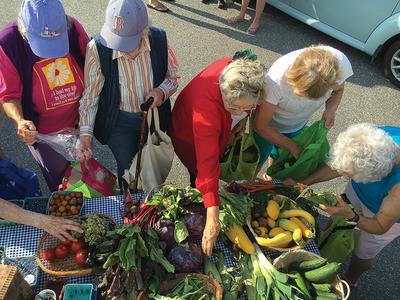 Board members of the Edible Island Culinary and Ecological Center and the Healthy Island Project have announced in a news release a collaborative merger between the two Island-based organizations, starting this summer.

Discussions between the two groups began over the winter when board members from Edible Island approached the Healthy Island Project to discuss the idea. After discussions and a vote by the boards of both organizations the two groups agreed that a merger would help provide more efficient and sustainable delivery of Edible Island’s popular culinary and educational programs, according to the release.

Edible Island will retain its name as a special program under the umbrella of the Healthy Island Project, whose mission is broadly focused on improving the health of the larger island community.

Edible Island was established by the late Ingrid Bengis to provide education and training in the culinary and hospitality arts as a way to expand job opportunities for island youth. Its mission has emphasized sustainability and increased public awareness of the island’s culinary resources and ecological diversity. Over the past several years, the mission has evolved and adapted to the needs of the community.

Edible Island’s programs include culinary training in the high school as a way to introduce students to cooking techniques and healthy eating habits; a healthy snack program for middle school students; cooking classes for the community; and delivery of the island portion of Healthy Peninsula’s Magic Food Bus, which provides free local produce to residents in need.

In addition to the programming in the Deer Isle-Stonington schools, Healthy Peninsula will collaborate with HIP and the schools to continue the Edible Island food projects in Sedgwick and Brooklin. Planning is also under way for a September Celebration Dinner highlighting Island chefs.