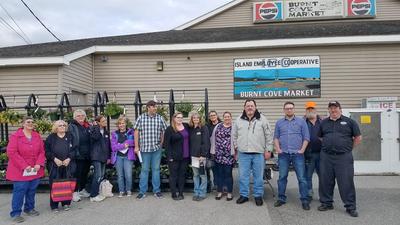 Employees at Burnt Cove market, as well as V&S Variety and The Galley, are part of the Island Employee Cooperative.

Five years after the Island Employee Cooperative, which owns Burnt Cove Market and V&S Variety in Stonington and The Galley in Deer Isle, formed, the group has been learning through challenges and continuing to work toward both customer and employee satisfaction, said Les Weed.

Weed has served on the IEC board of directors and now is tasked with reporting to that board for all three locations.

“There have certainly been some challenges,” said Weed. “When we started this thing five years ago, it was something none of us knew much about. We’ve sort of been learning as we go.”

In those five years, the locations have gone from operating individually to operating under the same model, which has streamlined things and put everybody on the same page, according to Weed.

“One IEC is the motto,” said Weed. “We want to really be working together with one common goal, instead of every location doing its own thing.”

The model of running things as a cooperative has also allowed employees the opportunities to train not just in the position they work in, but also in positions they may aspire to work in.

“I believe in delegation through elevation,” said Weed. “When you pick people up and help them realize they can get to where they want to be, whether that’s management or department head, they will work harder because they feel like they have the chance to get there.”

The model has also brought new ideas to each location, to bring changes both structurally and in the way the stores are run. Many of those ideas have come from employees.

“This industry is changing, and you have to keep up with those changes,” said Weed. “Whether it is rearranging aisles, providing more prepared food options, whatever. The employees are the ones hearing what the customers want, and they take those needs and help us meet them.”

While some of the employees at each location have become members of the IEC, Weed said it has been difficult to bring membership numbers and involvement up.

“People are so used to coming to work each day and getting a paycheck at the end of the week. The idea of actually being involved in how the business is run if you aren’t a manager is something different, and so we’re still working on bringing those employees around and being more involved,” said Weed.

Five years ago, Weed said the goal was just to make it for the first five years as an employee-owned cooperative. They have done that, and moving forward, the new goal is to develop a strategic plan that will lay the groundwork for what the group is “really trying to accomplish.”

Some of those pillars include providing more fresh food options, continuing with satisfactory service for customers, and involving the community more in the workings of the IEC. 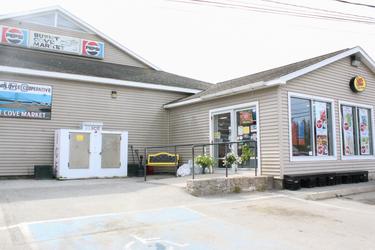 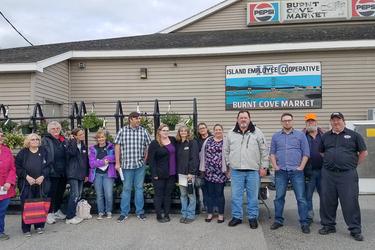 Employees at Burnt Cove market, as well as V&S Variety and The Galley, are part of the Island Employee Cooperative. 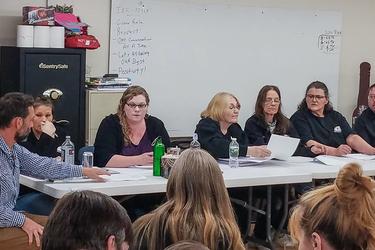 Members of the Island Employee Cooperative board of directors meet to discuss the future. 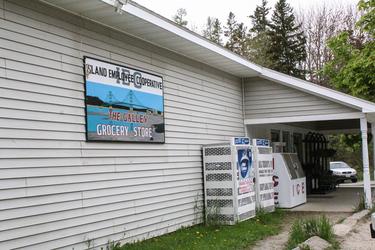 The Galley in Deer Isle.