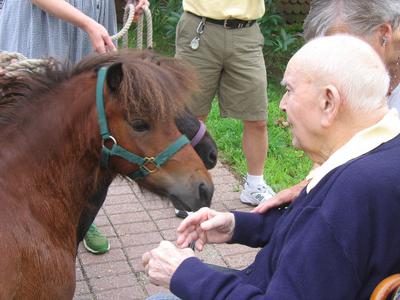 Carol Collins brings one of her miniature horses to visit the Island Nursing Home. Pets (currently a bird and a cat) are well-loved members of the nursing home staff (2006).

Residents of the islands and Peninsula are trying to find ways to save the Island Nursing Home, even as it carries out plans to find new homes for residents, new jobs for the staff and a use for the new building.

People with connections to the 38-year-old nursing home were taken aback by the suddenness of the closure announcement on August 29. Had they known, they said, the community would have stepped in and tried to keep it open.

“If someone had come out six months ago, in a letter, and said, ‘God we’re in awful shape, we can’t get staff, is there anyone with a license willing to help?’ they would have,” said Stonington Selectman Evelyn Duncan, a former INH board member.

Now the community is stepping in.

A task force is being formed to find a way for the nursing home building to continue to serve seniors, according to Board President Ronda Dodge. Separately, the board’s former and first president, Skip Greenlaw, is hosting a community forum on September 15 to discuss INH, as well as the employment and housing challenges facing businesses. (See forum story on page 1.)

The nursing home is now trying to find safe placements for its 55 residents, according to its senior executive director, Matthew Trombley, in an August 31 podcast. That will be a challenge, Trombley said, because nearly every facility in Maine is short staffed.

All of the residents have been notified that they have 60 days to move, Dodge said in a phone interview.

Residents have the right to appeal what they feel is an unsafe placement, she said. “They cannot appeal the closure.”

The state’s Long-Term Care Ombudsman will have staff and volunteers on site to help residents find a safe and appropriate place to go, according to Brenda Gallant, the ombudsman’s executive director.

The staff and building

To retain staff while the nursing home winds down, INH is offering a weekly bonus for a weekly commitment to continue working, Trombley said. The nursing home is working with Northern Light Health, North Country Associates and National Healthcare Associates to find jobs for staff, he said.

The state also has a rapid response team that is putting together work packets for the staff, he said.

INH employees have been asked to sign an agreement which states that they will not say anything bad about the nursing home either orally, in writing or on social media, according to a document obtained by the Island Ad-Vantages.

A skeleton staff will continue to maintain the building, Trombley said, and they’ll finish up some accounting and auditing functions.

Trombley emphasized that the Island Family Nursing Home and Care Center is separate from the Island Nursing Home nonprofit organization. The program provides care under the state license, while the nonprofit is the holding company for the facility and its assets, Trombley said.

“Once we get placement [of residents], we move forward with closure of the actual program under licensure, making sure that we’re getting all the proper audits completed, the paperwork,” he said.

Meanwhile, Dodge is trying to find a future use for the building, perhaps reopening it as a facility that requires fewer staff with advanced medical credentials.

“How could we easily staff it [and] allow the nursing home a modest profit?” she said. “How can we revive it with a sustainable long-term plan—resident care, Homeport, more or less assisted living, however it’s staffed?”

Dodge is putting together names of people to work on a task force for that purpose. Interested parties should call Anne West at Island Health and Wellness Foundation at 367-5851.

Dodge said they would pick eight to 10 people for an oversight committee, then ask others to serve on operational committees. “They need to tell us they have an interest,” Dodge said. She expects the whole process of setting up the task force to take two weeks.

But Stonington Town Manager Kathleen Billings questions why the nursing home doesn’t simply reduce the number of patients rather than shut down completely, only to open again.

“Opening a facility is going to be a killer if not impossible to achieve,” Billings said in an email.

Dodge said 200,000 Filipino nurses don’t have jobs in the Philippines. She’s looking into the possibility of bringing some to Deer Isle. But finding affordable housing would be key to that effort over the long term, she said.

Some have suggested buying the old Pearson Legacy Gallery building at 13 Dow Road and turning it into a dormitory. Dodge said INH doesn’t have the money for that now, but she would prefer turning it into four two-bedroom apartments. “If the goal is to convert some of these travelers [nurses] into in-house staff, we want the most welcoming experience possible,” she said.

The September 15 community forum, which will be held on Zoom, is aimed at helping the Island find solutions to the employment and housing challenges, Greenlaw said in a press release. 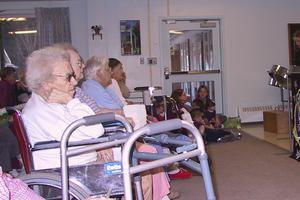 Island Nursing Home residents enjoy a steel drum concert (2002). Musicians from the Island and Peninsula frequently entertained at the nursing home over the years. 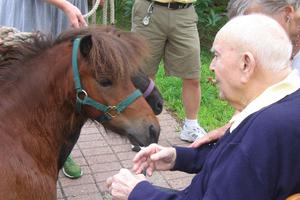 Carol Collins brings one of her miniature horses to visit the Island Nursing Home. Pets (currently a bird and a cat) are well-loved members of the nursing home staff (2006). 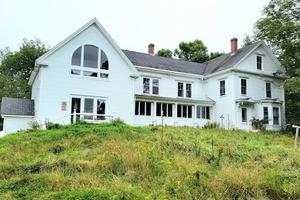 Formerly Pearson Jewelry, this building is currently for sale. Islanders have suggested it could be rehabbed to create affordable housing for the Island Nursing Home’s workforce.