The Island
Originally published in Island Ad-Vantages, January 13, 2022
Island gets whomped
Snow, ice, wind, cold—we’ve got it all 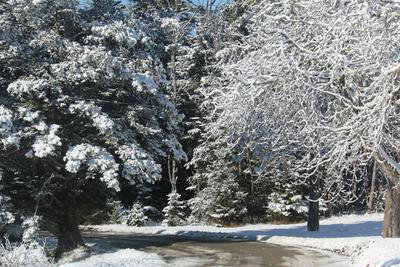 The Island got a blast of winter weather with at least six inches of snow, high winds and zero-degree temperatures over the space of three days, along with a power outage and rough road conditions.

Stonington Town Manager Kathleen Billings said she was glad to get through the snowstorm on Friday, January 7. “That was a challenge with a lot of snow at once and a small road crew,” she said in an email. Billings added that the public doesn’t seem to understand that worker shortages mean it takes longer to get restaurant service and to plow roads.

“I don’t want my guys to rush and push the equipment too hard or break something inadvertently, because we can’t get parts or get trucks fixed fast anymore either,” she said.

Earlier in the week, temperatures that hovered around freezing along with precipitation made driving hazardous.

“We had a rough start on Thursday morning,” said Deer Isle Town Manager Jim Fisher. “Temperatures were well above freezing when a heavy morning dew settled, forming black ice on all our roads all at once.”

Two days earlier on Sunset Road, Deer Isle resident Shawn Carter lost control of his Toyota Tacoma pickup truck because of the road conditions, according to the sheriff’s office. He over-corrected, spun into a ditch and then hit a deer. He was taken to Northern Light Blue Hill Hospital emergency room with non-life threatening injuries.

Sunday, January 9, turned gusty, but Stonington Harbormaster Ed Billings said fishing vessels all stayed on their moorings. Power went out in Deer Isle and Stonington that afternoon, but utility workers restored it around 4 p.m., in time for the Patriots game on television.

Billings had alerted the Island Community Center that it might be needed as a warming center, but it turned out not to be needed, she said.

Brown’s Busing made sure the buses started throughout School Union 76 that cold morning. “The company went around the Union all night and kept starting the buses to make sure,” said Interim Superintendent Bob England. “Kudos on their efforts.” 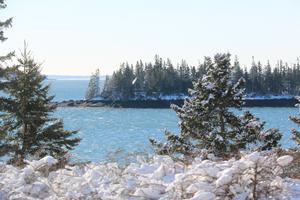 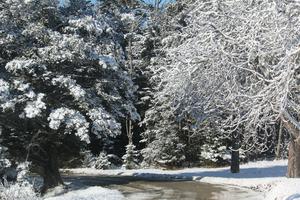 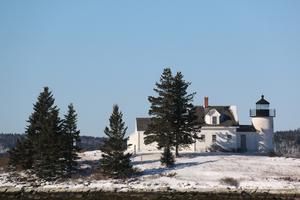