Stonington
Originally published in Island Ad-Vantages, January 12, 2023
Getting the word out on getting warm
ICC opens as warming center when power fails 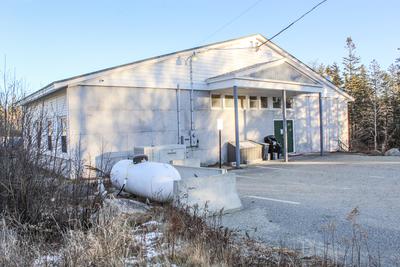 With a standby generator and a full tank of fuel, the Island Community Center is a designated warming center for residents of Stonington and Deer Isle when the lights go out for an extended period of time.

When only about a half dozen people came to get warm at the Island Community Center during the Christmas Eve power outage, the ICC realized it faced a problem. When the power goes out, so might phones and the internet.

As a result, the ICC is working on ways to let people know in advance that the building opens as a warming center during extended power outages.

“Communication is the biggest issue by far,” said ICC President Craig Hutchinson in an email. He said he and the ICC staff plan to publicize the warming center and to create a registry at the beginning of each cold season for citizens who wish to be checked on.

People should just assume that the warming center is open when the power goes down for a long stretch, Town Manager Kathleen Billings told the select board on January 4.

“Some people are reluctant, they don’t want to leave because they have dogs and cats, but they can come for a few hours just to get warm,” Billings said.